Kitchen Kingdom: Lords of the Culinarium is a game for 3 – 6 players based around three central ideas:

Players are proprietors of food carts in a gathering of chefs known as “The Culinarium” in the fantastical kingdom of New Essenmachen (“Nu Ess-enn-mah-kenn”) – built on the ruins of Old Essenmachen, which burned down after a series of raging grease fires. Sitting at the center of a land of adventure, danger, and treasure, it only makes sense that New Essenmachen attracts a veritable horde of adventurers. Naturally, the adventurers who survive their quests are hungry. That’s where you come in.

Your job is to serve the adventurers what they want, when they want it, how they want it. You only have a limited amount of time to make the Orders and you’re competing with everyone else in The Culinarium. Take a look at some of your hungry, hungry patrons below, as well as some of their favorite ingredients! 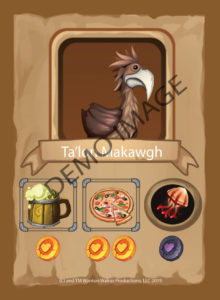 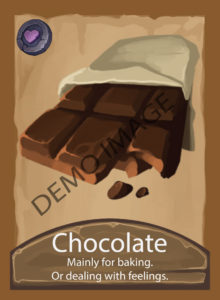 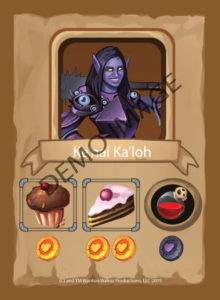